You are here: Home > Konkurser og analyser > Bankruptcies in the Nordics are now on lower levels than before the pandemic 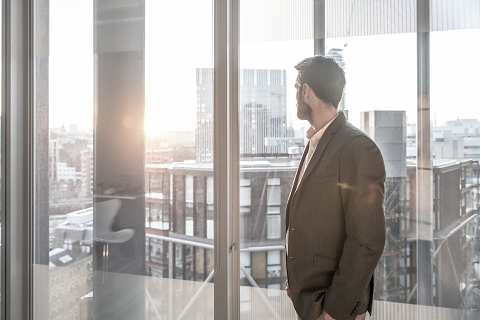 The number of bankruptcies continue to decrease in all Nordic markets except Denmark. For the first half of 2021 numbers are even lower than before the Covid-19 outbreak in Norway, Finland and Sweden– according to new data from Enento Group and Experian. In Denmark bankruptcies have increased by 6 per cent in 2021 compared to the same period in 2019. Behind the numbers are different national strategies of handling the economic challenges of the pandemic.

Enento Group and Experian have analyzed and summarized the bankruptcies for the first six months of 2021 for Denmark, Norway, Finland and Sweden. We have compared this data with the same period of 2020, as well as 2019 – prior to the world changing pandemic. The trend of decreasing numbers of bankruptcies during the first half of 2021 is similar in all Nordic countries. Denmark being the exception.

The latest Nordic statistics from Enento Group and Experian shows that bankruptcies in general have decreased in the Nordics. In Sweden the decrease was – 14 per cent compared with first half of 2019, in Finland – 3 per cent and in Norway a very high – 32 per cent.

In Finland the legislation has temporary changed to make it more difficult to apply for bankruptcy.  As well as in Sweden this makes the future unpredictable, as we don’t know to what degree the companies that has postponed their taxes will manage to pay them within the legalized time frame. The bankruptcies may increase further down the road if affected companies do not increase their cash flow enough. The delta variant of the virus and an increase in the inflation are other threats to the overall positive picture, comments Jukka Ruuska, CEO of Enento Group.

In Norway, we have seen a decrease in bankruptcy numbers throughout the Covid period. Overall, there is a high decrease comparing the last months bankruptcies with pre-Covid 2019 levels, especially in July, in which we are down 48 %.

Retail is recovering in all Nordic countries

Overall, however, the indicators for the future of the Nordic economies are positive. Few industries have made such a U-turn looking from a Nordic perspective, as Retail. The Retails industry is getting back on its feet all over the Nordic. The bankruptcies are now at a lower level than before covid-19. In Sweden the decrease was – 6 per cent compared with first half of 2019, in Finland – 12 per cent, in Denmark – 9 per cent and in Norway a very high – 54 per cent.

Food and accommodation are doing well in Finland and Norway

Food and Accommodations industry, that has been highly exposed to bankruptcies during the beginning of covid-19 outbreak, is now doing well in both Finland and Norway. The bankruptcies have decreased with – 11 per cent in Finland and – 41 per cent in Norway even compared to the same period in 2019.

An industry that has been quite stable in the whole Nordic region during the pandemic, is the construction industry. In Sweden the increase of bankruptcies was only 3 per cent compared with 2019, in Finland there has been a decrease of – 5 per cent and in Norway – 28 per cent. Again, Denmark is the exception with an increase of 27 per cent.

For questions to the data per local market, please contact: